12th International Conference on Nanotechnology: Fundamentals and Applications (ICNFA’21)
Due to COVID'19 pandemic it will be done VIRTUALLY

We are pleased to announce the following Plenary and Keynote Speakers for the 12th International Conference on Nanotechnology: Fundamentals and Applications (ICNFA'21) : Harry Ruda obtained his Bachelors from Imperial College in 1979 and his PhD from MIT in 1982 for work on the optical and transport properties of II-VI based infrared detector materials. From 1982 to 1984 he worked as an IBM postdoctoral fellow on one of the first theories for electron transport in selectively doped 2d electron gas heterostructures. From 1984 to 1989 he was a senior scientist at 3M corporation leading their II-VI blue laser program and joined the University of Toronto in 1989 where he is currently a full professor and the Stanley Meek Chair in Nanotechnology and Director of the Centre for Nanotechnology. He has about 300 journal publications with about 8,200 citations and h-index of 43. He serves on the editorial boards of numerous journals and is a Fellow of the Royal Society of Canada, Fellow of Institute of Physics, Fellow of the Institute of Nanotechnology, Fellow of the Institution of Engineering and Technology, and Fellow of the Canadian Academy of Engineering.

Topic of Keynote: A Superficial Tale: Semiconductor Nanowires as a Remarkable Platform for Nanoelectronics and Sensing 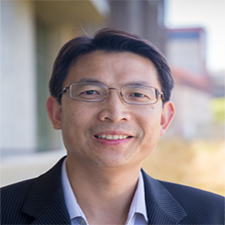 Dr. Shaochen Chen is a Professor and Chair in the NanoEngineering Department and Professor in the Bioengineering Department at the University of California, San Diego (UCSD). He is the founding co-director of the Biomaterials and Tissue Engineering Center at UCSD. Before joining UCSD, Dr. Chen had been a Professor and a Henderson Centennial Endowed Faculty Fellow in Engineering at the University of Texas at Austin from 2001 to 2010. Between 2008 and 2010, he served as the Program Director for the Nanomanufacturing Program of the US National Science Foundation (NSF).
Dr. Chen’s primary research interests include: 3D printing and bioprinting, biomaterials and nanomaterials, stem cell and regenerative medicine, and tissue engineering. He has published over 160 papers in top journals.
Among his numerous awards, Dr. Chen received the NSF CAREER award, ONR Young Investigator award, and NIH Edward Nagy New Investigator Award. For his seminal work in 3D printing, bioprinting, and nanomanufacturing, he received the Milton C. Shaw Manufacturing Research Medal from the American Society of Mechanical Engineers (ASME) in 2017. Dr. Chen is a Fellow of AAAS, AIMBE, ASME, SPIE, and ISNM. He is a co-founder of Allegro 3D, Inc. commercializing 3D bioprinting technologies. 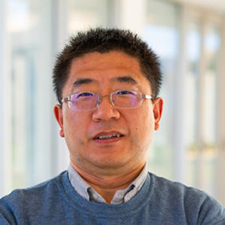 Lifeng Liu (Researcher ID: A-2522-2012, Orcid ID: 0000-0003-2732-7399) received his Bachelor degree in Applied Physics from Beijing Jiaotong University (2001), and both his Master (2004) and PhD (2007) degrees in Condensed Matter Physics from the Institute of Physics, Chinese Academy of Sciences. He joined Max Planck Institute of Microstructure Physics (MPI-Halle) in 2007, first working as a postdoctoral researcher and then as a staff scientist, under the supervision of the late Prof. Ulrich Goesele. He started his independent research career in 2008 and became a Group Leader in 2009 at MPI-Halle. In 2011, he moved to the International Iberian Nanotechnology Laboratory (INL) and set up a research group there, where his research now focuses on the development of new materials for use in electrochemical energy conversion and storage devices including electrolyzers, rechargeable batteries, supercapacitors, and photoelectrochemical cells. Lifeng Liu has been actively working on nanomaterials and nanostructures since 2002, and has published 160+ scientific papers in international peer-reviewed journals by far. He received several awards and honors such as the FCT Investigator Grant 2014, Young Researcher Prize of the Portuguese Electrochemical Society 2015, and the Emerging Investigator 2019 by the RSC journal “Chemical Communications”. He is now the Editorial Board Members of Advances in Nano Research and Materials Today Energy.

Topic of Keynote: Hydrogen Production via Electrocatalysis: From Nanoclusters to Single Atoms